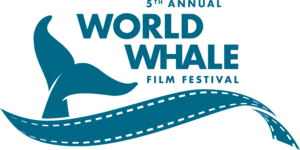 Mahalo for celebrating World Ocean Day with us at our 5th Annual World Whale Film Festival at Ocean Vodka on June 8, 2021. It was a wonderful evening of films showcasing storytellers from all over the world as they addressed the issues facing our ocean and promote awareness. 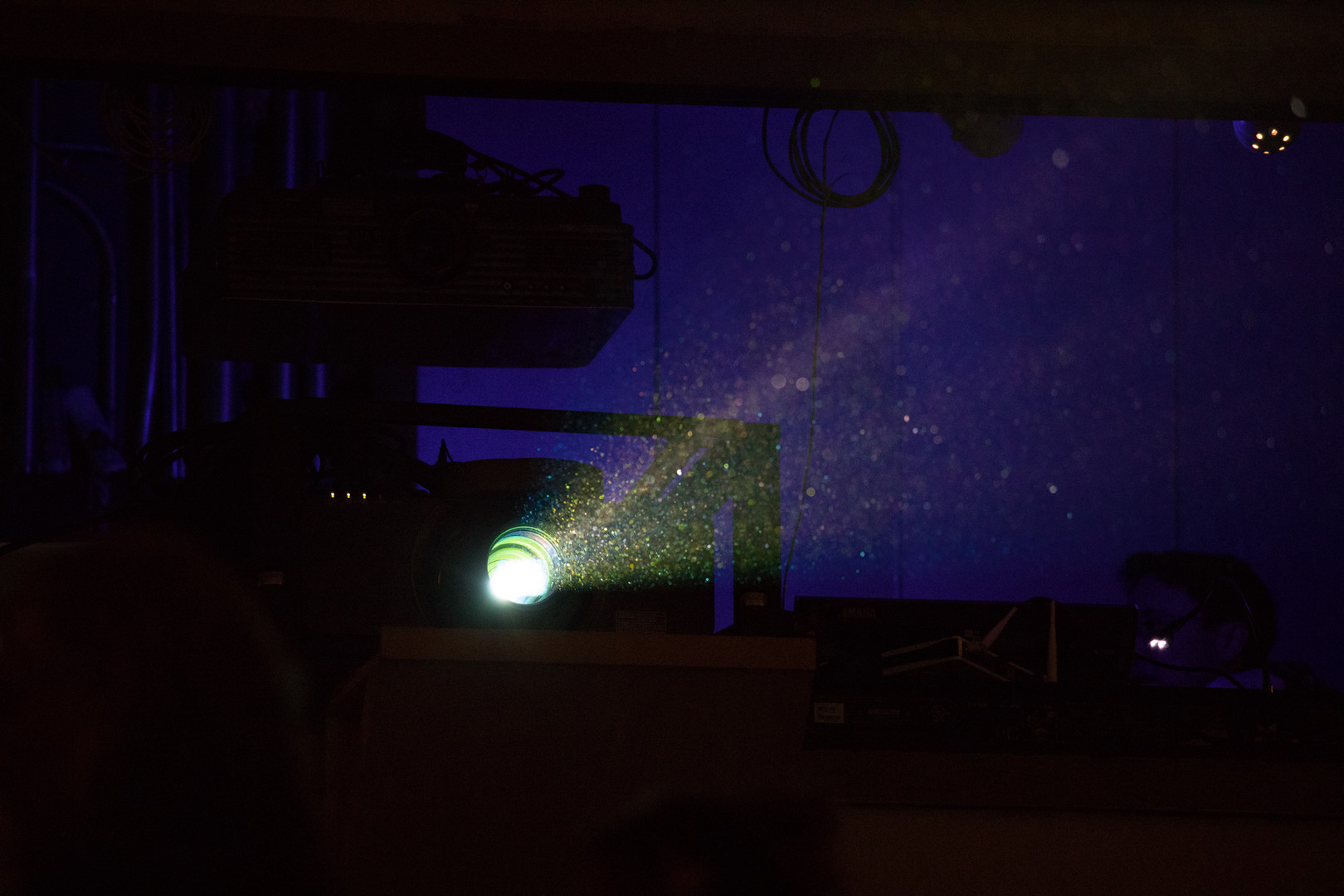 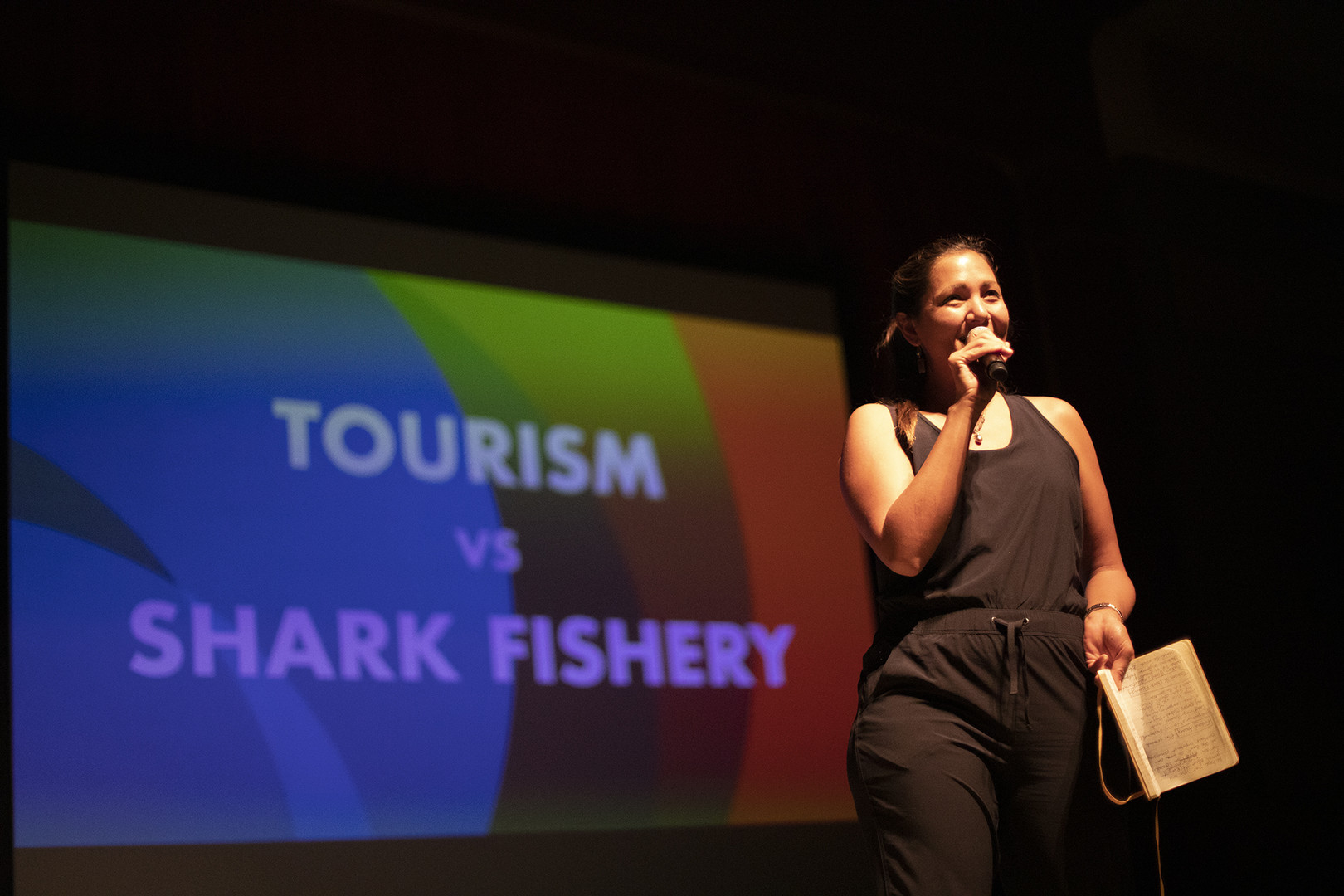 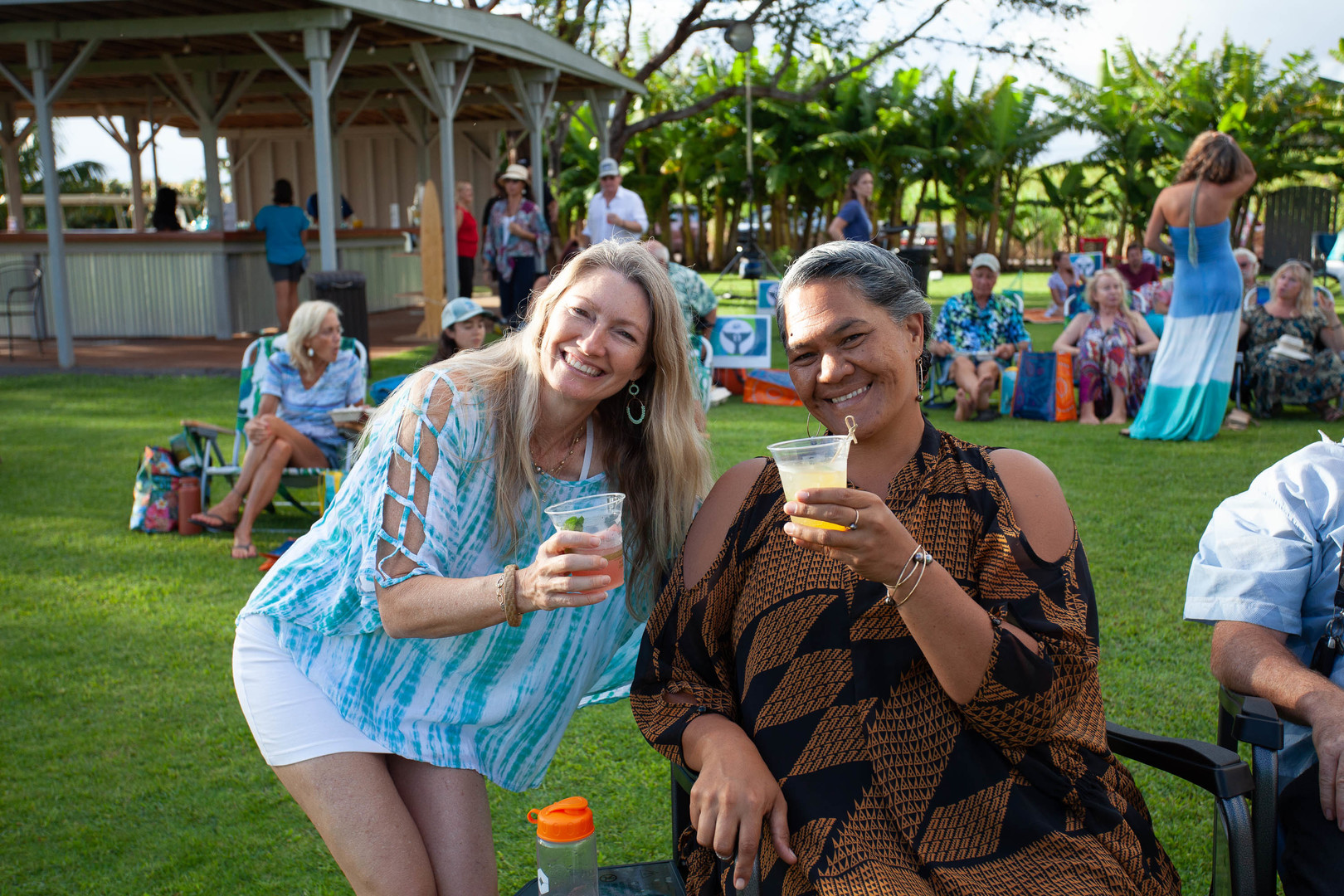 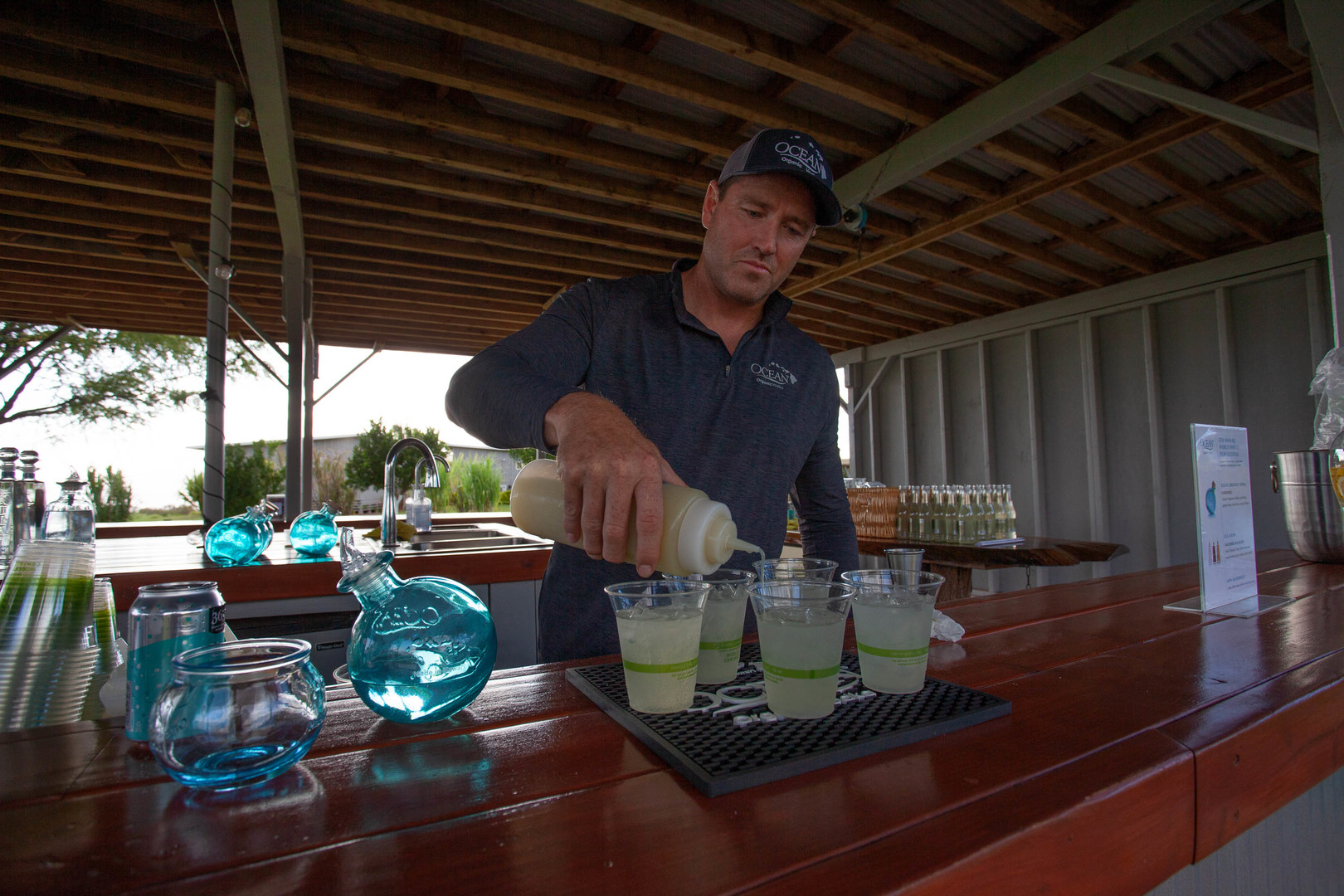 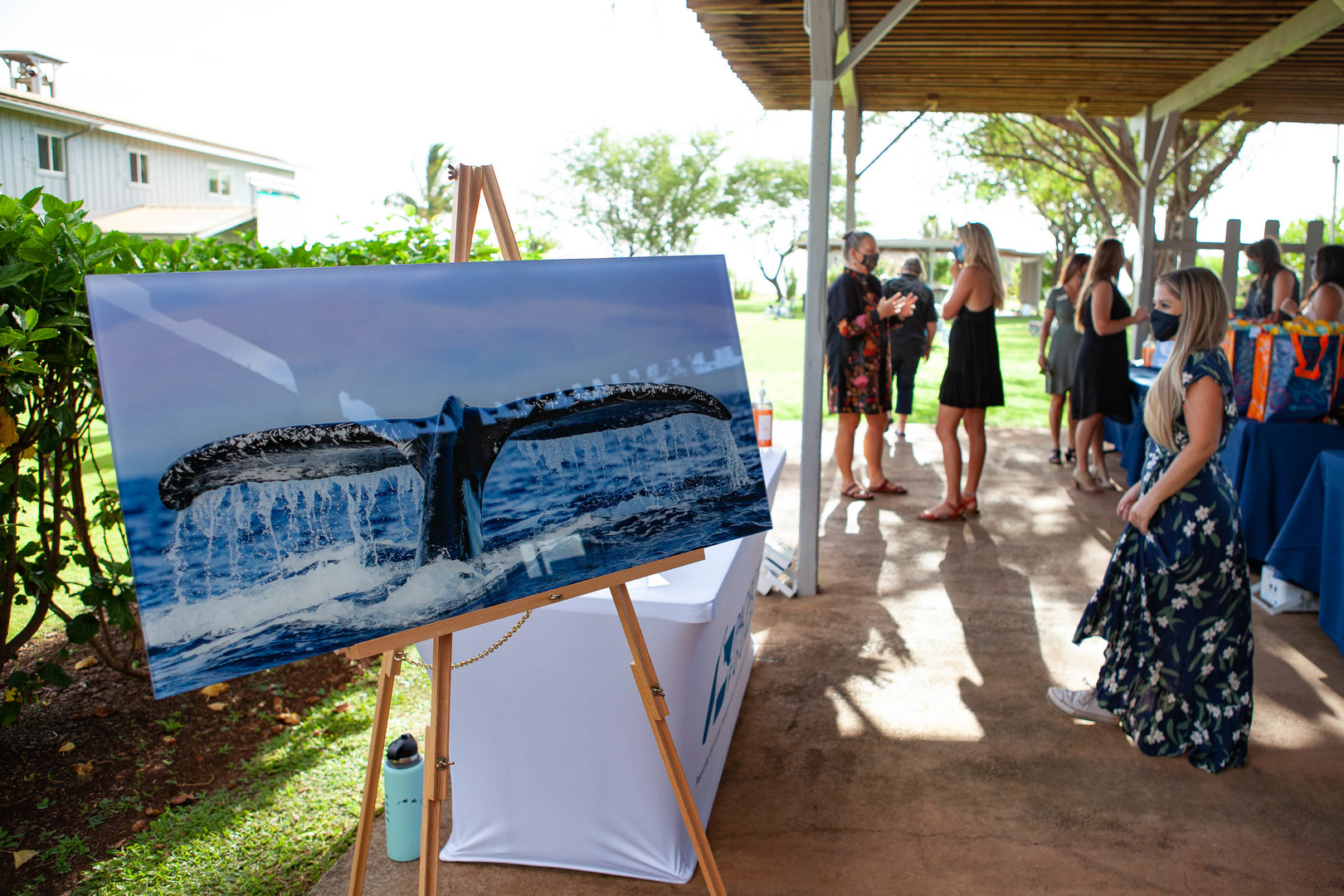 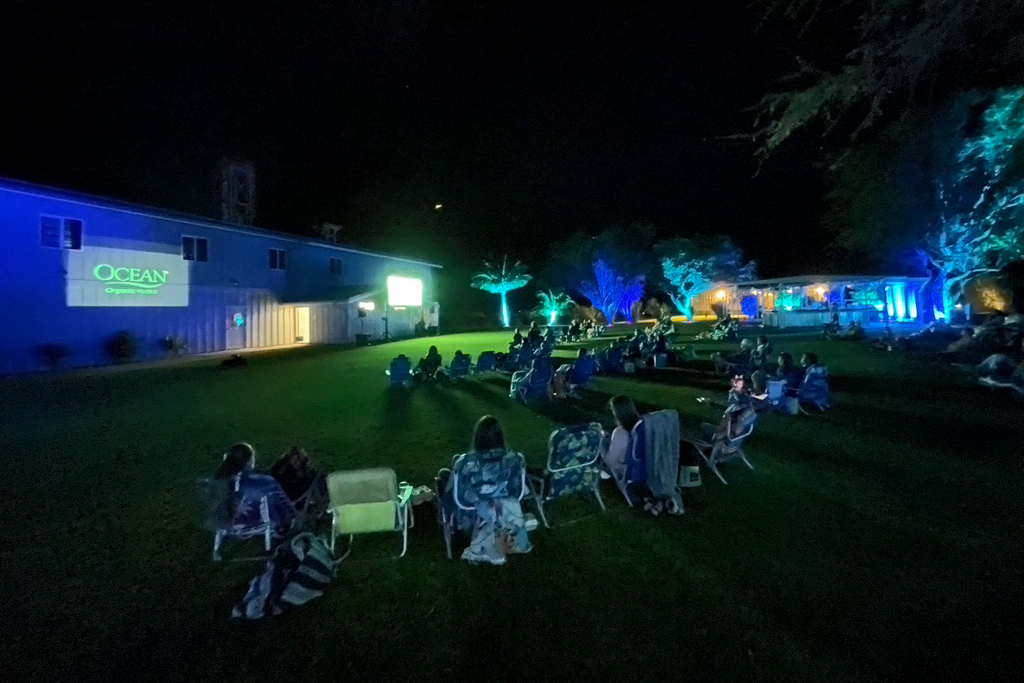 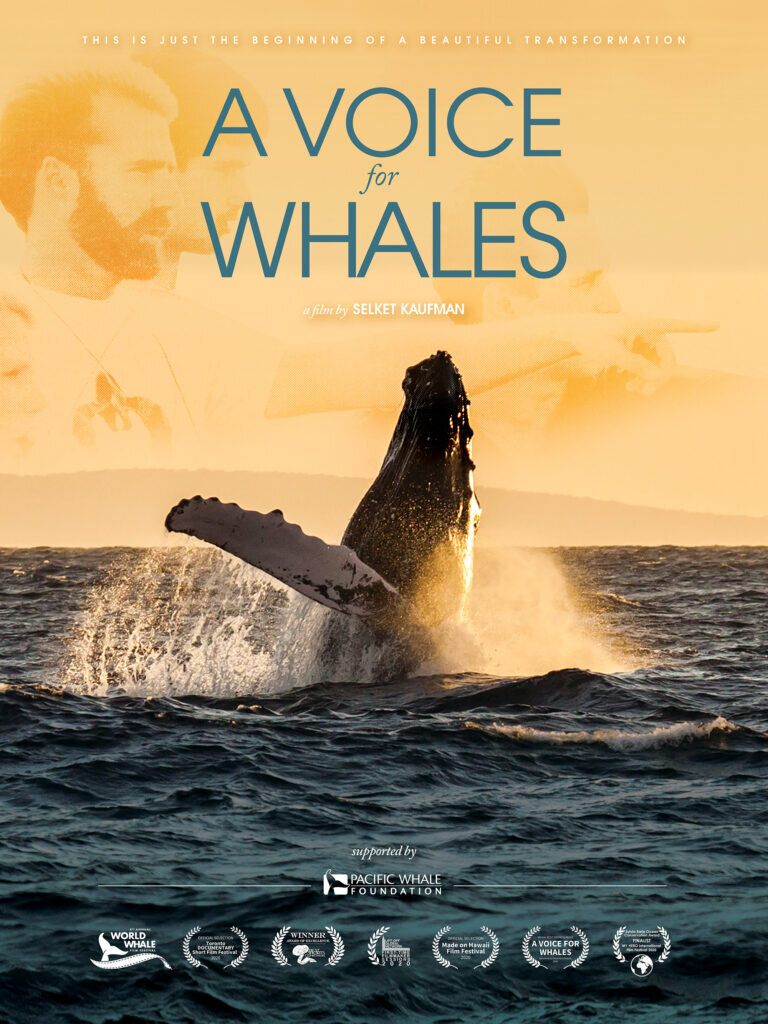 A VOICE FOR WHALES

February 2018, Pacific Whale Foundation’s founder Greg Kaufman passed away after a hard-fought battle with cancer. A pioneer in noninvasive humpback whale research in the mid-1970s, Greg founded Pacific Whale Foundation in 1980 to educate the public, from a scientific perspective, about whales and their ocean habitat. ‘A Voice for Whales’ was created to tell the story of his fight to save humpback whales from extinction. A film created over the course of two years by Greg’s wife, PWF team member, and acclaimed photojournalist Selket Kaufman, the 20-minute piece tells a story of hope and of “standing up for what you believe in, no matter the odds,” according to the filmmaker, who traveled to Tonga, Slovenia, Australia and the continental U.S. to interview, friends, colleagues and people who knew him best to help tell his story. 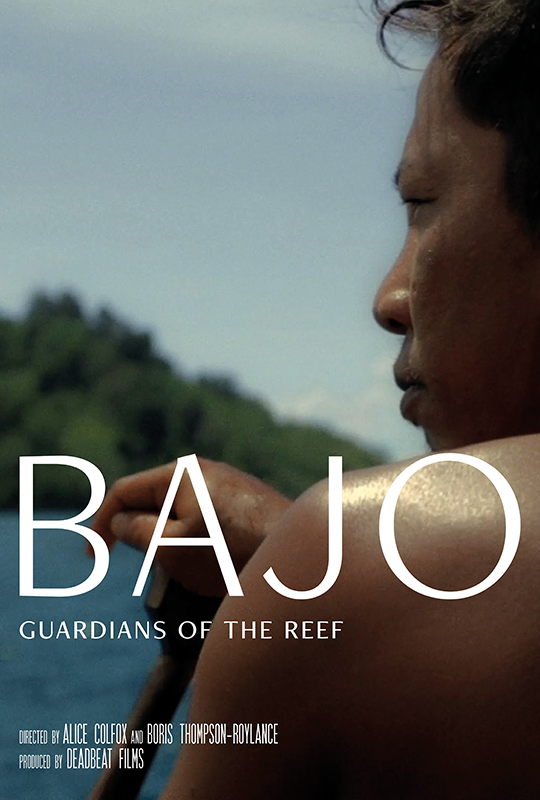 BAJO: THE GUARDIANS OF THE REEF

The reefs in Sulawesi are growing sicker each passing year. Marine resources have been heavily impacted by overfishing and unsustainable fishing practices. Global warming and intensified ocean acidification has put Indonesia’s coral reefs under serious threats. Currently, 95% of the country’s reef is endangered. Media depictions of environmental damage have done little to raise the alarm. Photographer and filmmakers Alice Colfox, and Boris Roylance Thompson, wanted to document the Bajau sensing that a human-led approach may do more to help the Bajau’s plight. They witnessed the struggle Dafrin, and other free divers faced each day, with many fishermen falling unknowingly into more desperate and destructive approaches to putting food on the table. The film follows the journey of a man named Dafrin, who emerges as a conservational guardian in his village. An intimate portrait, charting his struggle to uphold the traditional spearfishing techniques of his ancestors, whilst confronted with the challenges of destructive methods that threaten him and his people’s future survival. 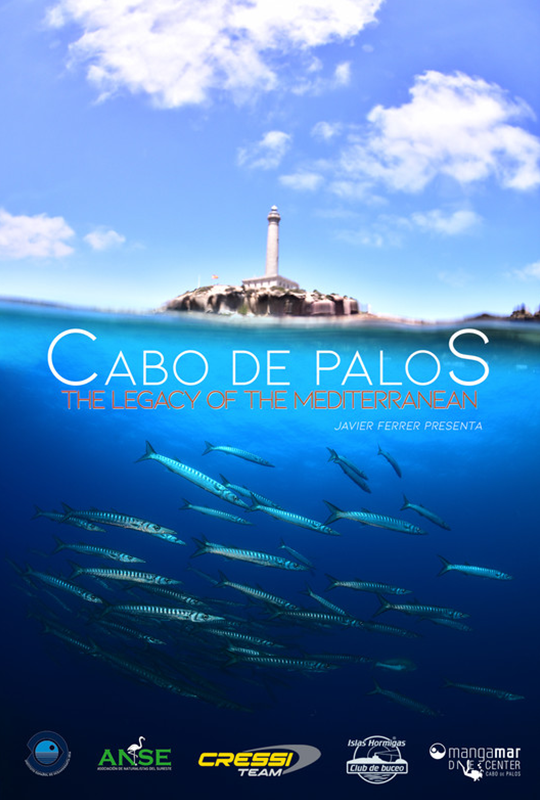 CABO DE PALOS – THE LEGACY OF THE MEDITERRANEAN

Human activity on planet earth has been such that it has been able to divert the evolutionary trajectory of biodiversity and the ecosystems that support it, towards a new and uncertain stage (the Anthropocene), marked by what many already consider the sixth extinction. As early as 1974, many scientists and nature scholars, such as Félix Rodríguez de la Fuente, warned us of the grim consequences of mistreatment of the planet, its biosphere and oceans, as a result of pollution, the widespread use of plastics, agricultural waste, overfishing, deforestation, etc. Unfortunately, only half a century later we are direct witnesses to this terrible prediction, to which must be added the effects of global climate change, which affects all levels and scales of the planet and human society itself. We have known the solutions to reverse this situation for a long time, we just have to apply them, and urgently. The protection of marine protected areas is a real and effective example of these solutions. The scientific community has provided plentiful evidence throughout the planet that shows that the protection of marine areas, both coastal and oceanic, in the long term not only benefits marine biodiversity and the habitats that support it, but also has a very positive impact on the fishing sector and in the local economy. After 25 years since its declaration, the Cabo de Palos-Islas Hormigas Marine Reserve is a clear example of this formula that generates hope for a more sustainable future. 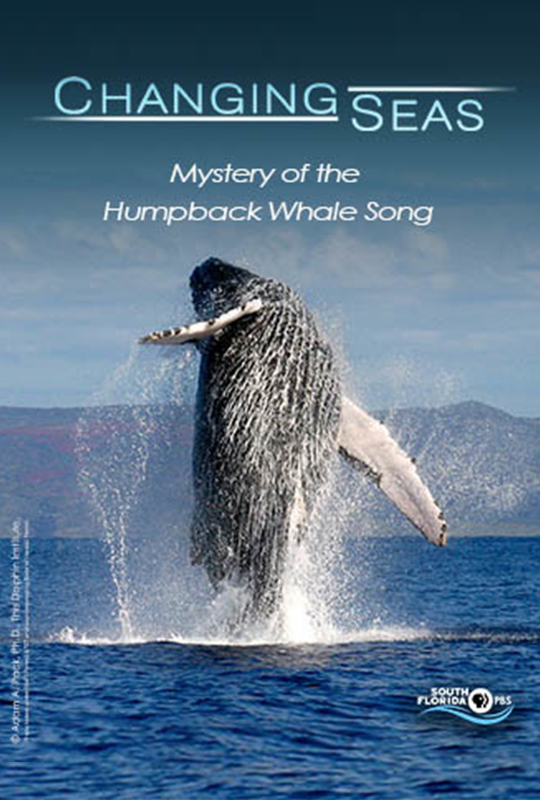 Each year, approximately half of the North Pacific humpback whale population migrates roughly three thousand miles from its feeding grounds in Southeastern Alaska to its breeding grounds in Hawaiʻi. While there, the male humpbacks perform their elaborate and haunting song. But what does it mean? And what is the purpose of this beautiful display? To find out, scientists are conducting research on the leeward side of Maui, inside the Hawaiian Islands Humpback Whale National Marine Sanctuary. They collect data on the amplitude of an individual’s song, as well as his size and testosterone levels, to determine if there is a correlation between the quality of the song and the fitness of an individual whale. The scientists are also deploying acoustic suction cup tags on humpback whales to learn how the animals spend their time throughout the day. 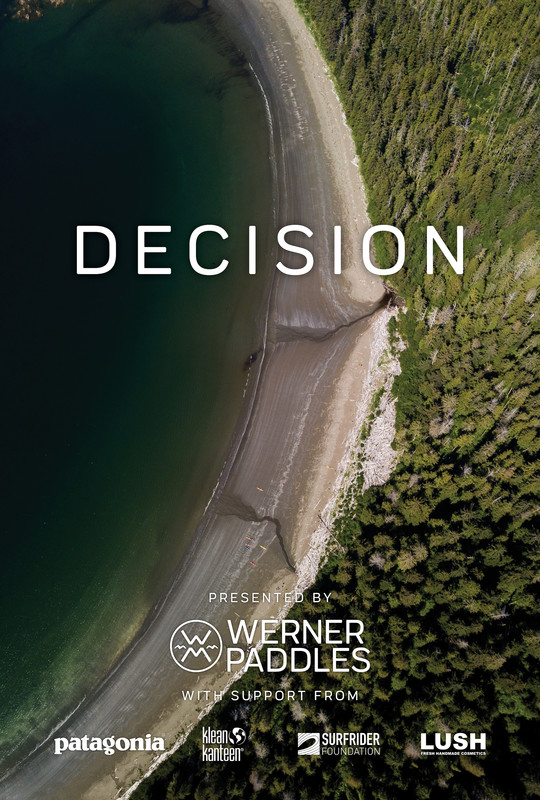 Decision is the story of wild Alaska shorelines, a remote lighthouse and the ongoing problem of marine debris. The scenery is magnificent and the kayaking is superb, while the message about our addiction to plastic and its effects on the environment come through in every shot. This short film can transport you to pristine southeast Alaska waters, bringing you along on a paddling journey with whales, sea lions and otter, and still show you the realities of wilderness beaches choked with plastic debris and the volunteers working to clean them up. 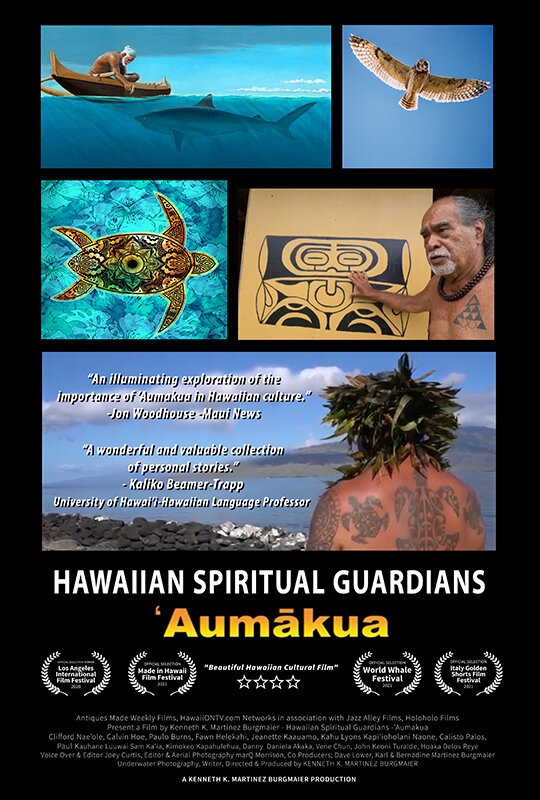 All The families in Hawaii have their own spiritual guardians that have existed for generations and I rarely discuss to the public. They can come in forms of a shark, an owl, a dolphin, a gecko, a hawk, fish, a rock, plant and Hundreds of other natural and living forms…This is a story about that connection. 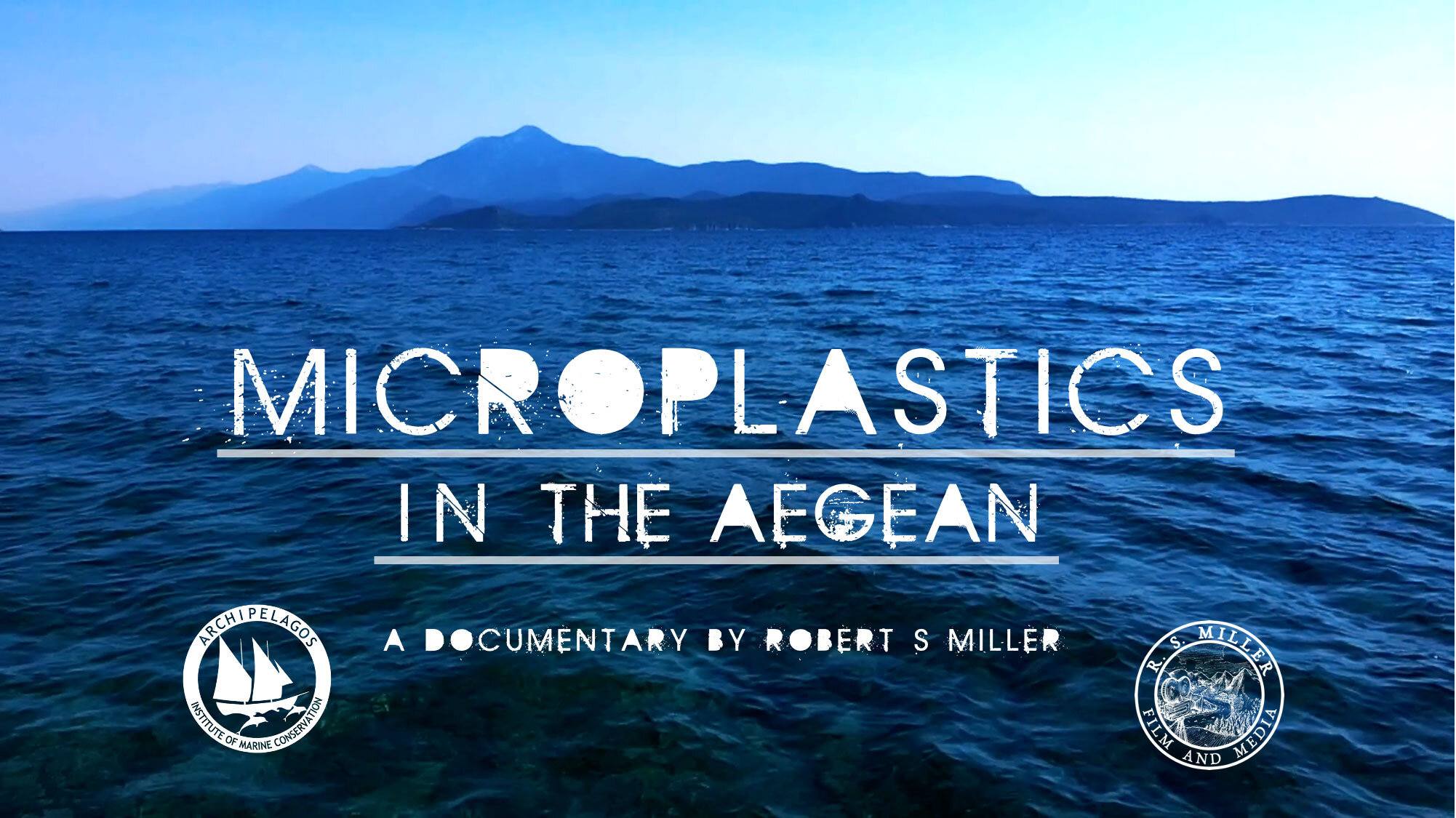 MICROPLASTICS IN THE AEGEAN

‘Microplastics in the Aegean’ is a factual short film highlighting the severity of microplastics in the Aegean area, as well as the ongoing research being carried out at the Archipelagos Institute of Marine Conservation. The documentary first celebrates the intricate biodiversity of the Mediterranean region, and then, provides a scientific overview of microplastics and their consequences on the environment and the human race. Ultimately, the film explores a pertinent and daunting issue within marine conservation, drawing attention through stark contrasts, plunging from the dazzling beauty of the natural world, into the tragic havoc wrecked by microplastic pollution and poor waste management. A short documentary by Robert S Miller. 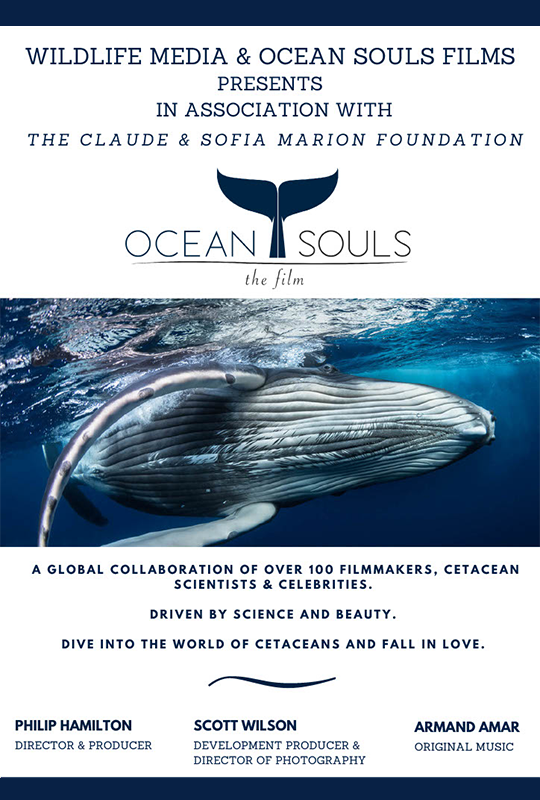 Ocean Souls is an emotive cetaceans documentary, showing possibly the largest diversity ever seen on film and highlights new science. Cetaceans, despite looking so different to us, are possibly our closest relatives in terms of cognitive abilities and family ties. The film focuses on the concept of family, something every human can relate to, including chapters on emotions, language, social organization, intelligence and human interaction. In the same way Live Aid united the world’s best musicians, Ocean Souls united over 100 filmmakers, 25 of the worlds best scientists and several celebrities, a truly unprecedented collaboration. 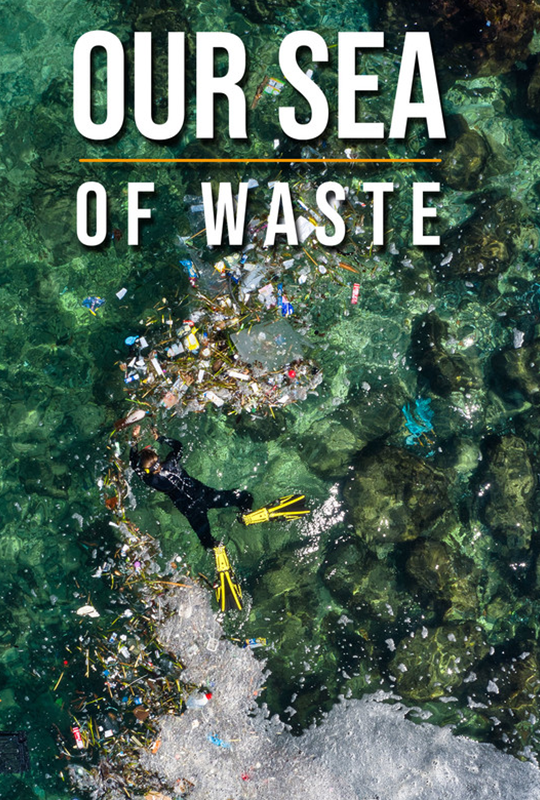 OUR SEA OF WASTE

In the wake of the first Coronavirus lockdown in France, with surgical masks and gloves piling up in the sea, viewers are introduced to the network of people chasing dreams of a Mediterranean free of plastic waste. The Mediterranean is Europe’s most polluted sea, with an estimated 200,000 tonnes of plastic waste dumped into its waters every year. While the European Union has taken steps to limit the amount of single-use plastic that is produced and sold in its member states, the coronavirus pandemic threatens to undo some of the progress that’s been made. Over the summer, an increasing number of surgical masks and gloves have been found off European coasts. This film takes a closer look at the problem in France, and the network of people who are working together to put an end to plastic pollution for good. 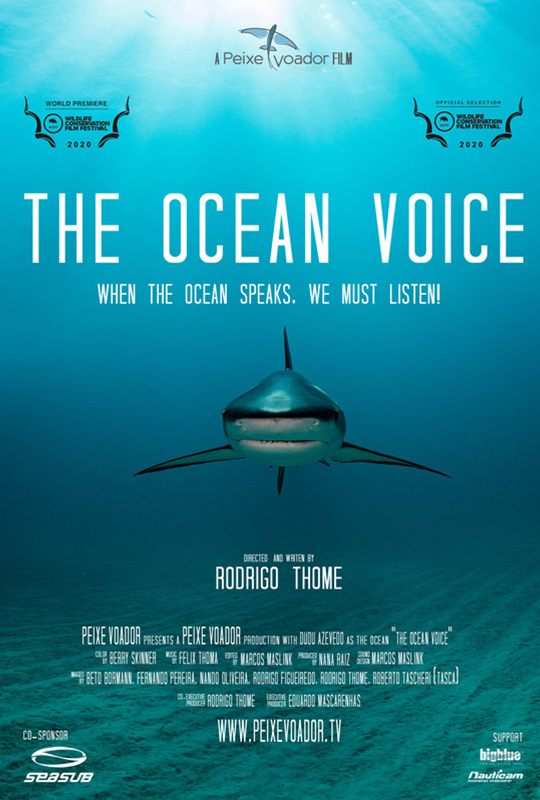 The ocean voice is a message from the ocean to humanity!

We must learn to connect with the ocean, all life in our planet come from it! Besides that, we still treating the ocean and its creatures as if it is not our problem.

We must reconnect, we must learn more, we must love more the ocean! When the ocean speaks, we must listen! 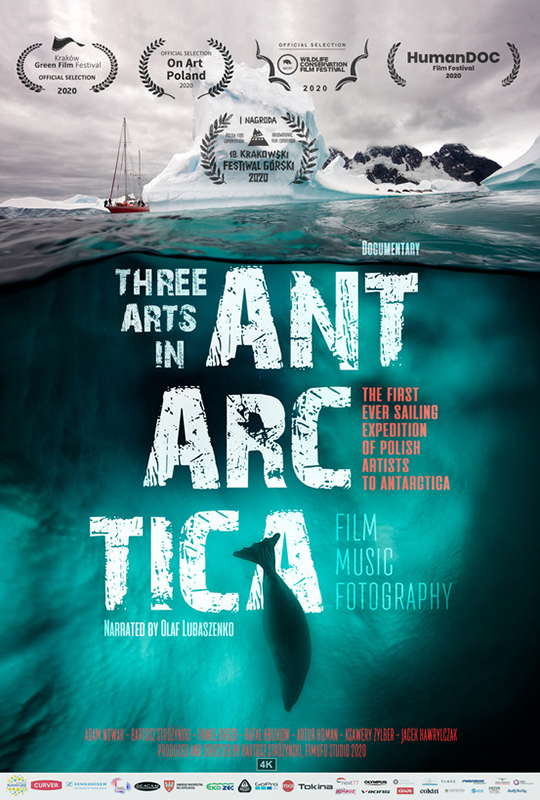 The documentary film “Three Arts in Antarctica” directed by Bartosz Stróżyński is the culmination of the project „Three Arts in Antarctica”. The project was to popularize Antarctica through culture and art. Its participants wanted to arouse interest among the largest possible number of people and inspire them with this place by completing very unique artistic goals. The artists wanted to leave a mark of this unique place. The place which fate, in the nearest future, may determine our existence. The documentary presents the fate of the artists participating in the first ever sailing expedition of Polish artists to Antarctica and their daily struggle in a completely foreign environment with unusual challenges like: the first ever concert of a Polish artist in Antarctica, which could be heard on one of the biggest radio stations in Poland, the first-ever collodion photography session in Antarctica, experiencing and filming the beauty and uniqueness of the local nature, also the one hidden under the surface of the water, in breathtaking interaction with penguins, fur seals, leopard and crabeater seals, and more… The documentary is narrated by the outstanding polish actor and director Olaf Lubaszenko. The music star is Adam Nowak, leader of the iconic polish band Raz Dwa Trzy. Photography and underwater filming is led by Bartosz Stróżyński, founder and producer of the „Three Arts in Antarctica” project. Topside filming is done by Artur Homan and Ksawery Zylber supported by Rafał Kolikow and radio coverage by journalist Paweł Drozd. 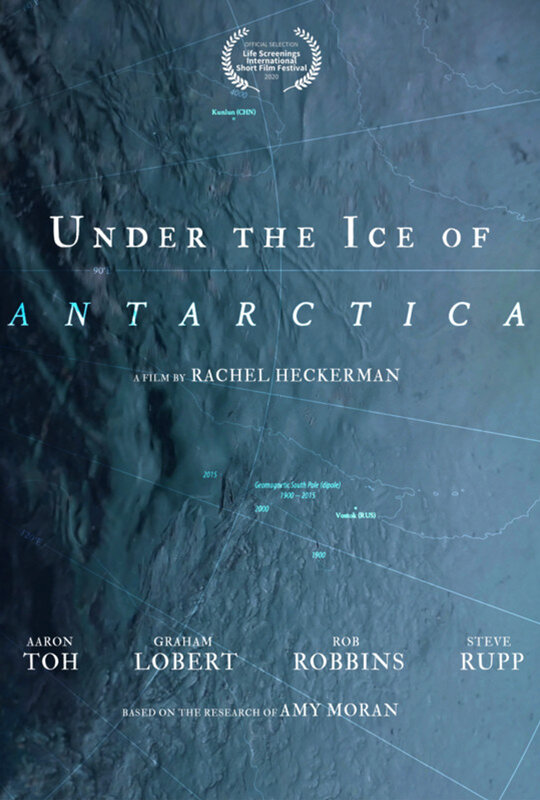 UNDER THE ICE OF ANTARCTICA

While working as a dishwasher at a research station in Antarctica, I was given the crazy opportunity to watch scuba divers dive under the ice.

This is a testimonial to the work of these scuba divers, and the science that is being conducted in the most unique and isolated continent on earth.

Mahalo to our 2021 Sponsors 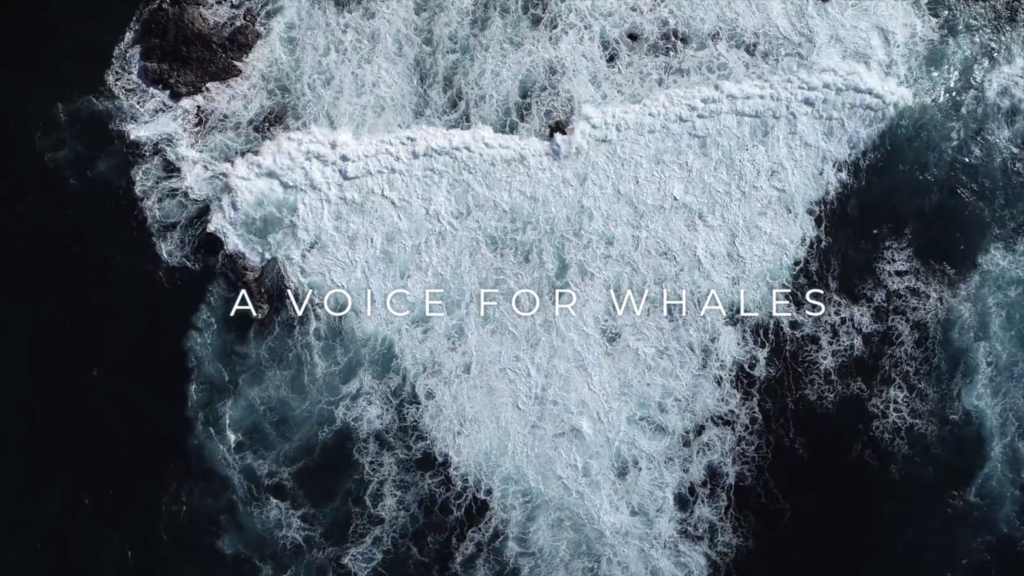 A VOICE FOR WHALES

A Voice for Whales

A pioneer in noninvasive humpback whale research in the mid-1970s, Greg Kaufman founded Pacific Whale Foundation in 1980 to educate the public, from a scientific perspective, about whales and their ocean habitat. Two years ago, he tragically passed away after a hard-fought battle with cancer. His wife, filmmaker Selket Kaufman, premiers this biopic to share his legacy.

Support a Great Cause 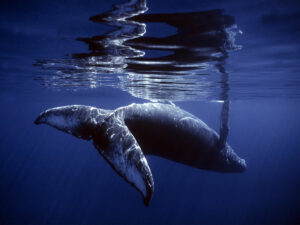 All proceeds from the event support Pacific Whale Foundation’s humpback whale research in Hawaii and other parts of the Pacific, marine education programs for local school children, as well as conservation programs including efforts to keep marine debris out of our oceans, prevent vessel-whale collisions, and end whaling worldwide.