As SeaWorld celebrates its 50th anniversary, Hawaii hosts its annual 50th State Fair. The theme—”Go Wild!”  The paradox—the display of captive animals, such as a sea lion performance, to “promote” this. 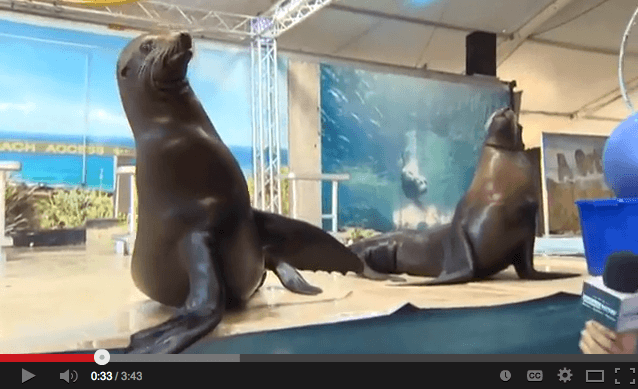 Last week at Pacific Whale Foundation Discovery Center, we completed the first week of our yearly summer Ocean Camp where keiki (Hawaiian for “children”) ages 5-12 learned about pinnipeds. The program allowed campers to distinguish the difference between seals and sea lions as well as identify their various natural behaviors like molting and hauling-out. After these fun-filled educational experiences and reading about the sea lion performances advertised on the E.K. Fernandez Shows, Inc. website, campers were determined to make their voice heard on behalf of the creatures they very much came to respect and appreciate without viewing or participating in a sea lion show.  They eagerly wrote letters like the one below to express their concern.

You, too, can join the plea of our future generation by directly expressing your concern about these marine mammals that were transported from Florida under the guise of education by E.K. Fernandez Shows, Inc. who “strive to provide exciting entertainment and attractions” and  Sea Lion Splash who are the only traveling sea lion exhibit in the United States. To use your voice:

[polldaddy poll=8104751] Pacific Whale Foundation strives in mission to protect our oceans through science and advocacy.  We are an active participant in global efforts to address threats to whales and other marine life. We have been pioneers in non-invasive whale research and early leaders in educating the public, from a scientific perspective, about these marine mammals and the need for ocean conservation. We continue to do this through various integrated research, conservation and education programs such as Ocean Camp.