← Click here to return to Blog Back to Blog

We were welcomed by a beautiful sunny day on the first week of the Ecuador research season. The excitement began when we saw the sun reflecting off of a whales’ dorsal fin, which was quickly followed by the characteristic blow. Echoing the whales blow were the cheers of excitement from the tourists as they knew we were about to experience seeing these amazing animals and confirm the start of our research season. 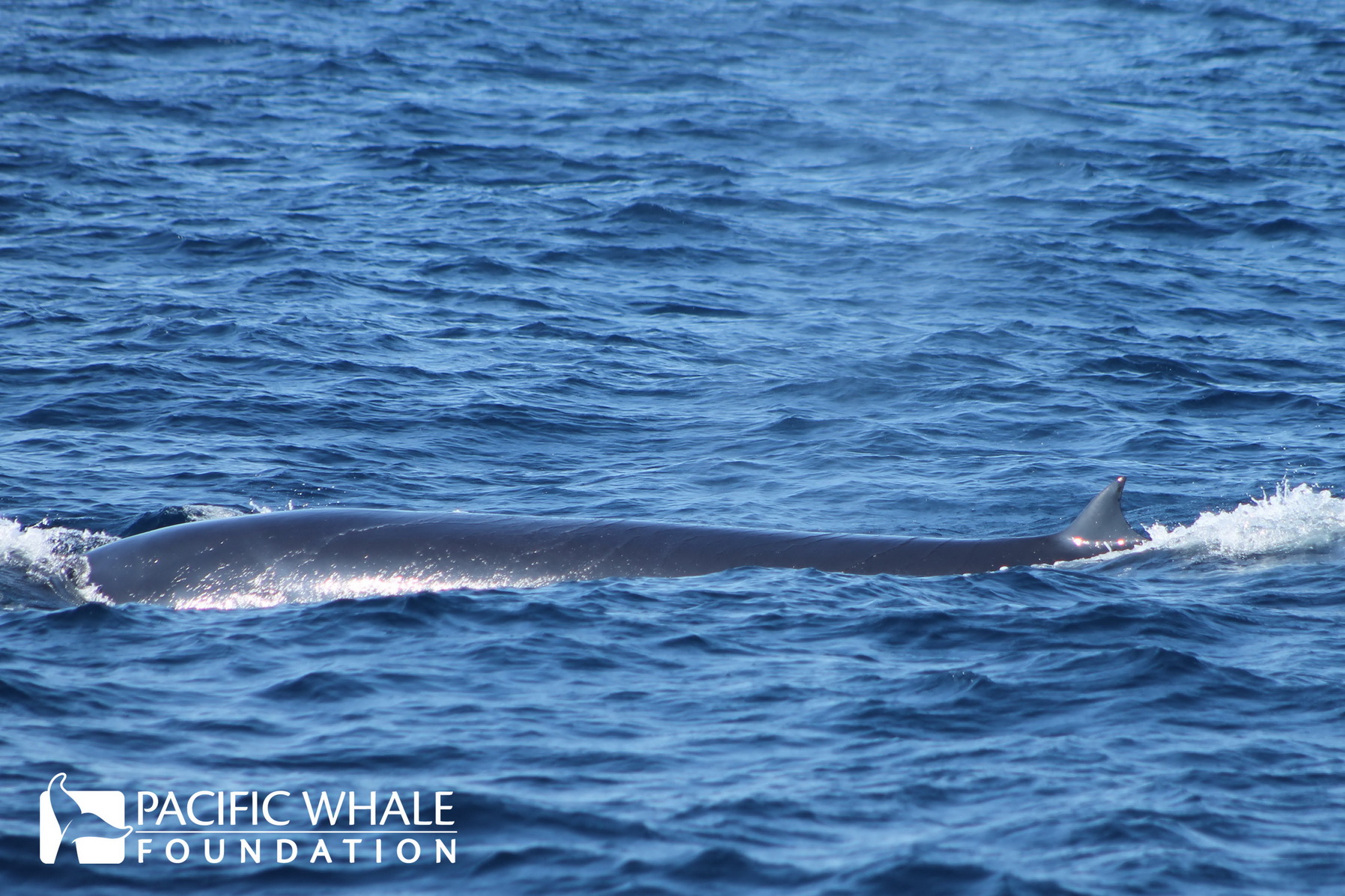 When you are in Isla de la Plata it’s easy to tell when the whales have arrived, as the horizon is dotted with white plumes of water vapor from the whales blow. This season, however, humpback whales are not the only species capturing the attention of tourists. The Bryde’s whale (pronounced “broodus” whale) has remained longer than usual and has captured everyone’s attention. Tourists may find the “not so acrobatic” Bryde’s whale less enchanting than the humpback whale, which is known for it’s magnificent breaches. For researchers, being able to study both species simultaneously is a rare occurrence, akin to finding a pot of gold.

We have been limited to reports of feeding Bryde’s whales among large groups of birds to date, however, today we got the opportunity to photograph this species. Normally this species is moving continually, presenting few opportunities for photo-ID, but today’s encounter lasted for almost 10 minutes! We are looking forward to seeing more of them and, of course, searching for possible interactions with humpback whales. After all, they are all sharing the same magical area that is Machalilla National Park.
Save
Save